Yesterday was an odd moment in my house. I’m not even sure how to describe it, so I’ll just tell you about it instead.
LM is growing up. She’s in a school where she has friends, she feels loved, plays sports, gets good grades, and is in the advanced curriculum group… all good things.
LH, on the other hand, has been having a terrible few days at school. He’s my child that will tell you anything you want to know if you close the door, get quiet, and tell him that every secret he has is safe with you. Earlier this week,
after all of his friends had left the sanctuary en route to the church meal, I asked him to stay behind so he could tell me why he’s been so at odds with his friends. Being unkind. Saying ugly words. Hurting feelings. He may or may not have attempted to spear someone with a hiking stick. I’m just saying, it was a really bad few days.
All alone in the front pew, “It’s just you, me, and Jesus, buddy. What’s going on?” I hear that the spear-ee told all his kindergarten classmates that LH has a crush on a girl. Which he does. Which is news to me. But okay. So we talked about girls and how it’s okay to think girls are cool, but maybe we shouldn’t tell kindergarteners secrets because they can barely tie their shoes let alone keep a monumental secret like who LH’s biggest crush is. Five minutes later, we are on the mend and headed off to supper.
So that got me thinking… I wonder if LM has a crush too? You know, besides the dude from Austin & Allie.  So I ask. And here’s where it gets tricky. Here’s where the baton is handed from Karen, mom to precious angel who plays with dolls to Karen, mom of pre-teen angel who will someday want to go out on a date with boys.
We’re on the couch.
“Hey can I ask you something?”
“Sure!”
I figure, I’ll just come out with it. Like asking her which bag of chips she wants in her lunch. “Are there any boys you have a crush on?” You know? Pringles or Doritos.  No big deal.
“Why do you want to know?” she asks, huge defensive wall thrown up, BAM! – right in the middle of the couch. 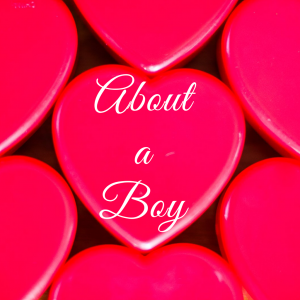 I’m cool though. I think I’ve got it. Maybe. Honest, and non-defensive. “Well… it’s important for us to know the things that are important to you, and that includes people that are important to you. It’s also important for you to know that you can trust me with the details of your life so if there are ever any problems, you can come to me without worrying if I’ll yell or judge you.” I really wanted to tell her that she’s not stepping foot out the door with a boy until she’s 35, and that ALL BOYS HAVE COOTIES and that I want her to marry a Christian boy, and that please oh please, embrace your value and self-worth as our daughter and as a child of God first, not as a girlfriend of a boy but I refrain. For now.
“Wellll… there is this one boy.”

“His name is (name withheld to protect the innocent). He has lots of freckles. Yes, he’s very kind. He let me have some lead for my pencil, and he gets all 90’s and 100’s on his tests like I do.”

And then I did something so unlike me. “That’s nice, baby. I’m glad he’s smart and kind. Thank you for trusting me with that. I won’t tell anyone.” That wasn’t the part that was unlike me – what was unlike me was that I left it alone. We changed channels on the tv, and watched a show, and I left her with the information that she could share things with me, that I wouldn’t freak out, and that the secret things of her heart could be entrusted to me.
I wanted to say so much more. Get on my soapbox and tell her she’s too young to even look at boys. (And I KNOW why Rapunzel’s mother locked her in a tower. It wasn’t for her magical hair. It was to keep her away from boys.)  There will be a day when I’ll have to tell her about sex, or self-defense, shop for training bras or pray with her over some tough relationship decisions. And there will be a day, maybe even later today where I sit down and have a very real talk with her about how it’s okay for 3rd graders to have boys-as-friends but not romantic boyfriends, and sit down with her daddy to set ground rules for dating (when she’s 30). But for today, she thinks the boy that shared his pencil lead with her is kind and smart. My heart yearns to share every bit of wisdom I know about making wrong decisions and growing up too fast but instead I’ll snuggle on the couch and tell her that smart and kind boys are the very best kind… in God’s perfect time.
XOXO,
~ Karen