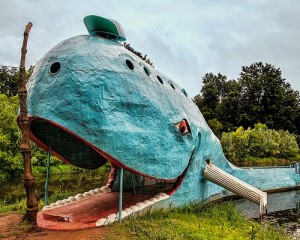 Ahhh, Jonah. You know him. You love him. The whole “stuck in a whale belly for three days” gig. Who doesn’t know the story of Jonah? Well just in case you don’t, here’s the scoop. In Jonah 1:2-3, God told Jonah,

2 “Go to the great city of Nineveh and preach against it, because its wickedness has come up before me.”3 But Jonah ran away from the Lord and headed for Tarshish. He went down to Joppa, where he found a ship bound for that port. After paying the fare, he went aboard and sailed for Tarshish to flee from the Lord.

So Jonah heads to Tarshish on a boat that is nearly capsized when God sends a storm to catch Jonah’s attention. His shipmates throw him overboard into the sea without a lifeboat where Jonah is swallowed by a whale. He’ll stay inside the whale for three days, where he’ll repent, fall on his knees in a what I can only presume is smack-dab in the middle of a vat of whale-innards and be spit up on the shore.

Still with me? Good. We’re almost there.

Jonah finally headed back to Ninevah to tell the people that they must repent and follow God. And they did! Everyone from the women, children, men, and even the king repented!  Jonah 3:8-9 says, 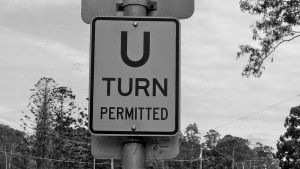 “By the decree of the king and his nobles: Do not let people or animals, herds or flocks, taste anything; do not let them eat or drink. 8 But let people and animals be covered with sackcloth. Let everyone call urgently on God. Let them give uptheir evil ways and their violence. 9 Who knows? God may yet relent and with compassion turn from his fierce anger so that we will not perish.”

And God had mercy on them, and did not destroy them.

Jonah was so happy, there were hugs all around, and Jonah was given a place of honor in the king’s court.

Jonah was angry! Most Jonah sermons stop at the joyous news that when Jonah finally did obey God, an entire people-group repented and were forgiven for their sins. Hallelujah! But the rest of the story? That’s where Jonah shakes his fist at God and says “I can’t believe you forgave them after all they’ve done. Kill me now so I don’t have to witness your compassion.”

I knew that you are a gracious and compassionate God, slow to anger and abounding in love, a God who relents from sending calamity. 3 Now, Lord, take away my life, for it is better for me to die than to live.”
4 But the Lord replied, “Is it right for you to be angry?”
5 Jonah had gone out and sat down at a place east of the city. There he made himself a shelter, sat in its shade and waited to see what would happen to the city.

Not only did he get angry, he sulked and watched the city in expectant hopes that they would go right back to their evil ways. Jonah actually wished that he were dead instead of having these people come to Jesus!

I’ve never been to the point of wishing that I were dead, but I know I sure have thrown out a few of what my grandmother called “if looks could kill, you’d be dead already” looks to a few choice enemies in my time.  In fact, there was a lady recently who dropped the ball in her business and had a little egg on her face as a result. This made her angry, she made a few bad choices, and in turn, called to bless me out because of her poor choices! I don’t know if you can shoot dirty looks through the phone lines but my husband can attest that I probably tried. If she would have just admitted she’d made a mistake, we could have all moved on with our day. She didn’t, and it’s okay. The world keeps spinning regardless. Maybe she’ll apologize one day, but if not? It’s not my place to sentence her for personal crimes, even though it may have crossed my mind… once. Or twice. (Don’t you just love how God brings certain passages for you to study to your mind right when you need them? Because I needed the reminder that God is the only one who can carry a stick that large? I digress… where was I? Oh yes…)

The Ninevites saw the error of their ways and repented to the Lord. Jonah, on the other hand? Jonah couldn’t put aside the feeling that he’d been personally attacked for so long to rejoice over their revival and the second chance that God had provided them. God, in his compassion, provided a shady plant for Jonah to sit under while he was watching the city, but the plant died. Again, Jonah was angry. But God said, listen here, you don’t get to be angry over this plant, OR over the Ninevites. He tells Jonah,

“10 But the Lord said, “You have been concerned about this plant, though you did not tend it or make it grow. It sprang up overnight and died overnight. 11 And should I not have concern for the great city of Nineveh, in which there are more than a hundred and twenty thousand people who cannot tell their right hand from their left—and also many animals?”

God didn’t just care that Jonah followed his requests. He cared enough for an entire people group when they were lost to send someone to help. Jonah, like it or not, was the one that would bring the message to them. No matter what you’d done in your life, the other story of Jonah reminds us that God does allow U-turns, and it is He alone who provides redemption and healing from the poor choices of our past. It’s never up to us to decide who deserves God’s grace. Likewise, there is no one beyond the reach of God’s hands.

Are you the one who needs a u-turn? No matter what those around you say or who’s ready to keep you stuck in the pit you’re in, God still has room for you in His arms, and He’s there with His hand extended ready to pull you out. And if you’re holding a grudge against someone whom God has already forgiven? Don’t worry, God allows u-turns for you too.She Is Free… To Make U-Turns~Karen

and Pete Zarria via photopin cc