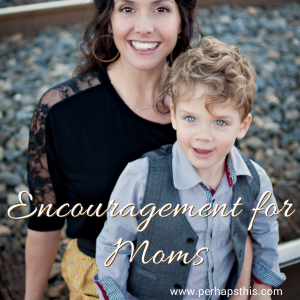 Let me tell you a tale about two women, and ultimately, about two families. We’re studying the Old Testament as part of our walk through the Bible this year. Today’s verses were
Genesis 32:13-34:31
Matthew 11:7-30
Psalm 14:1-7
Proverbs 3:19-20
In Genesis, we learn that Jacob’s daughter Dinah is raped. Verse 7 says,

“Meanwhile, Jacob’s sons had come in from the field as soon as they heard what had happened. They were shocked and furious that their sister had been raped. Shechem had done a disgraceful thing against Jacob’s family, something that should never be done.”

Shechem (the rapist) decided that he loved Dinah. He went with his father to Jacob’s family and proposed to marry Dinah as his wife. Verse 11 says,

“Please be kind to me, and let me marry her,” he begged. “I will give you whatever you ask. 12 No matter what dowry or gift you demand, I will gladly pay it—just give me the girl as my wife.”

He had just raped her! Now, he was willing to pay anything in the world to make her his wife. In those days, that would have “righted” the wrong that was done. Dinah’s brothers – Jacob’s sons – would have no part of it. They deceived the men of Shechem. (Shechem was the name of both the town Jacob’s family had settled AND the name of the man who had raped Dinah.)

13 But since Shechem had defiled their sister, Dinah, Jacob’s sons responded deceitfully to Shechem and his father, Hamor. 14 They said to them, “We couldn’t possibly allow this, because you’re not circumcised. It would be a disgrace for our sister to marry a man like you! 15 But here is a solution. If every man among you will be circumcised like we are,16 then we will give you our daughters, and we’ll take your daughters for ourselves. We will live among you and become one people. 17 But if you don’t agree to be circumcised, we will take her and be on our way.”

They weren’t looking to make a peace treaty. The brothers were simply waiting. Waiting for all of the men of Shechem to be in pain from their circumcision, at which time the brothers would come through and KILL EVERY MALE IN TOWN, rescue their sister from Shechem’s house, and bring her back to their plot of land that their dad had purchased from Shechem’s father to live.
Of course, Jacob was worried about the repercussions.

30 Afterward Jacob said to Simeon and Levi, “You have ruined me! You’ve made me stink among all the people of this land—among all the Canaanites and Perizzites. We are so few that they will join forces and crush us. I will be ruined, and my entire household will be wiped out!”31 “But why should we let him treat our sister like a prostitute?” they retorted angrily.

Quite an extreme response compared to 2 Samuel 13 where we learn of another situation involving a brother’s revenge for his sister’s rape. David (as in KING David) had a son, Absolom and a daughter, Tamar. He also had another son, Amnon who was their half-brother, as David “loved the ladies” and had more than one wife. Amnon saw Dinah and lusted after her. He pretended to be sick, saying that the only thing that would make him feel better was if she would bring some food to his royal bedchambers.

10 Then he said to Tamar, “Now bring the food into my bedroom and feed it to me here.” So Tamar took his favorite dish to him. 11 But as she was feeding him, he grabbed her and demanded, “Come to bed with me, my darling sister.”

12 “No, my brother!” she cried. “Don’t be foolish! Don’t do this to me! Such wicked things aren’t done in Israel. 13 Where could I go in my shame? And you would be called one of the greatest fools in Israel. Please, just speak to the king about it, and he will let you marry me.”

Amnon did not however. In fact, he DID rape her, then he cruelly sent her away, had his servants throw her out of his home, and hated her. She was just a game to him. Her brother Absolom would hear of this and for three years plotted to kill Amnon, which he did.
You see in those days, virginity was a deal-breaker. It would have been very difficult for a woman who was not a virgin to find a husband. If a man had laid with a woman, the law at the time was that he would have to go to her father and pay whatever dowry he demanded. If the father felt the man was acceptable, even though he had done this thing, he could accept the price for her, they would be married, AND the new husband could not ever divorce her, meaning he would have to care for her for the rest of her life. Not that big of a deal until you remember that wives did not work at the time, and their husbands were the only way to support them. Women who could not find a husband were many times forced into slavery or prostitution to provide for themselves.
Shechem had tried to right his wrong, while Amnon did not. Shechem had agreed to pay any price demanded to care for her. Amnon threw her out of his royal home like yesterday’s garbage. Jacob’s sons avenged her rape by killing all the males n the entire town. David’s son avenged his sister’s rape by killing the only one who defiled his sister.
Sadly, neither action on behalf of the brothers can undo the physical rape, and in fact, Shechem marriage proposal would have righted the wrong at the time!
I know what you’re thinking. How on earth is this meant to encourage me?

I love what Matthew Henry said about it. “Jacob’s children were circumcised, were well taught, and prayed for, and had very good examples set them; yet some of them proved very untoward. Grace does not run in the blood, and yet the interrupting of the entail of grace does not cut off the entail of profession and visible church-privileges…”

Even those with the best unbringing will make some wrong choices.
Even those whose parents pray for them everyday, even those with moms who set good examples, even children who go to private school, or children of pastors, or even our own kids will make wrong choices.  Even when they do, even when they make those wrong choices – because they will – it doesn’t cut off the lifeline with God, because His grace is enough to cover all.
They will make wrong choices. So will we. Pray anyway.
They will make snap decisions. So will we.Teach them the right response  anyway.
They will say things they don’t mean, hurt feelings, and anger someone they love. So will we. Forgive and teach them to forgive anyway.
So friend, even on the hard days, when you’re beating yourself up for not being the perfect mom, or your child brings home failing grades, or makes a horrible comment to other kids that is NOT the way you’ve raised him to speak to others, know that God’s grace covers a multitude of sins. God’s grace is enough to cover all. Despite the hard days, we keep on, and the love and grace of God are there to help us pick up the pieces and start anew.
Hang in there friend, we’ll make it. And so will they.
Cheering for you,
Karen