Normally, I get a new planner and it’s the best day of the year. Right behind Christmas. It takes me weeks to find the right planner, and I’ll admit that this isn’t the first year I’ve purchased a new planner mid-year because the first one and I didn’t jive so well together. I started off with the Top-Down Planner this year – you choose the top 5 things you want to accomplish by the end of the year and do ten or so actions towards those five things each day.

After a month of using it, I found myself so absolutely overwhelmed with my to-do list that NOTHING was getting done. Nothing. I found myself one morning just started at it in a catatonic haze. More and more I felt as if these goals weren’t really God’s goals for me, they were just the next thing to mark off so the world would see me as successful.

So I did what I do when I realize that a planner’s not working – back up and punt. Find a new planner. At the end of the day, I wanted to be the best writer, mom, wife, friend, and employee I could be, and all of those align biblically with God’s desires for us. Simplification. So I chose the planner that would do that and tossed the old one in the trash.

And then life happened.

I’ve had this NEW planner now for 24 hours and it’s still blank inside. Normally, I would have gone back to January, filled in the things I’d already done as a record, and planned out the major things for the rest of 2016. I would have written the goals for what books and Bible studies to write this year to focus on. On your mark, get set, go. New planner, new plans.

It’s taken me a long time to write this post. I’m still not 100% sure of what to say, so I’ll start from the beginning.

I remember when the GT’s were just babies, crying in the middle of the night. The hubs would hear the baby monitor, and I’d say in a half-awake brand-new-mommy-haze, “It’s LH.” or “It’s LM.”

I just knew. I knew his voice and the fraction of an octave difference between his cry and his twin sister’s. Because mamas just know.

Now that they’re 10, the knowing looks different, but I still know.

I remember when he was 2 and LM was sick. He looked and looked around the house for something to make her feel better until finally, he brought her the thing she loved. A pair of shoes.

He’s always been my funny guy. He cracks jokes and toes the line between wild and crazy and worry wart. And he does worry. Whether it’s for LH or me, or his daddy. Or some days, him.

He holds my hand, and I grasp his still-baby fingers in mine. He’ll ask me 10 times a day, “So mama, how was work?” Even when I’ve already answered.

Even when I’ve already answered.

You see, mamas know. They know when something’s wrong.

We started “upper” elementary this year. A new school, new rules to fit in, new teachers. The kids have tried desperately for the second year in a row to fit in, even though this school is just a few blocks from the lower elementary. And there seemed to be homework – so much more homework. We’d made the decision to cut all electronics and tv during the week, and that still wasn’t helping. A lot of their homework is worksheets. Circle this, fill in that dot, match that, yada yada.

And then came January. His teacher sent home this homework with an attached note. “You need to try harder.” 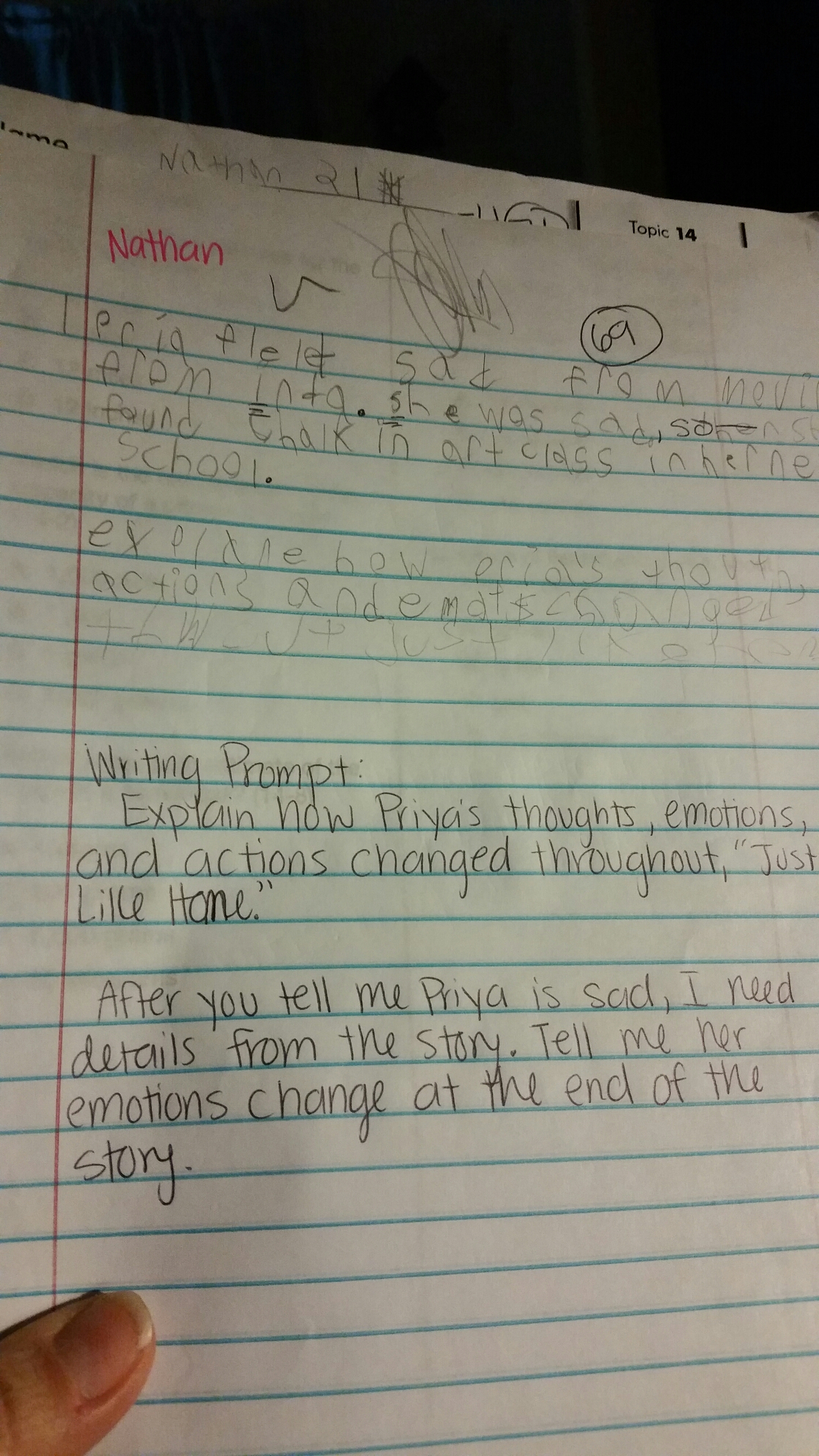 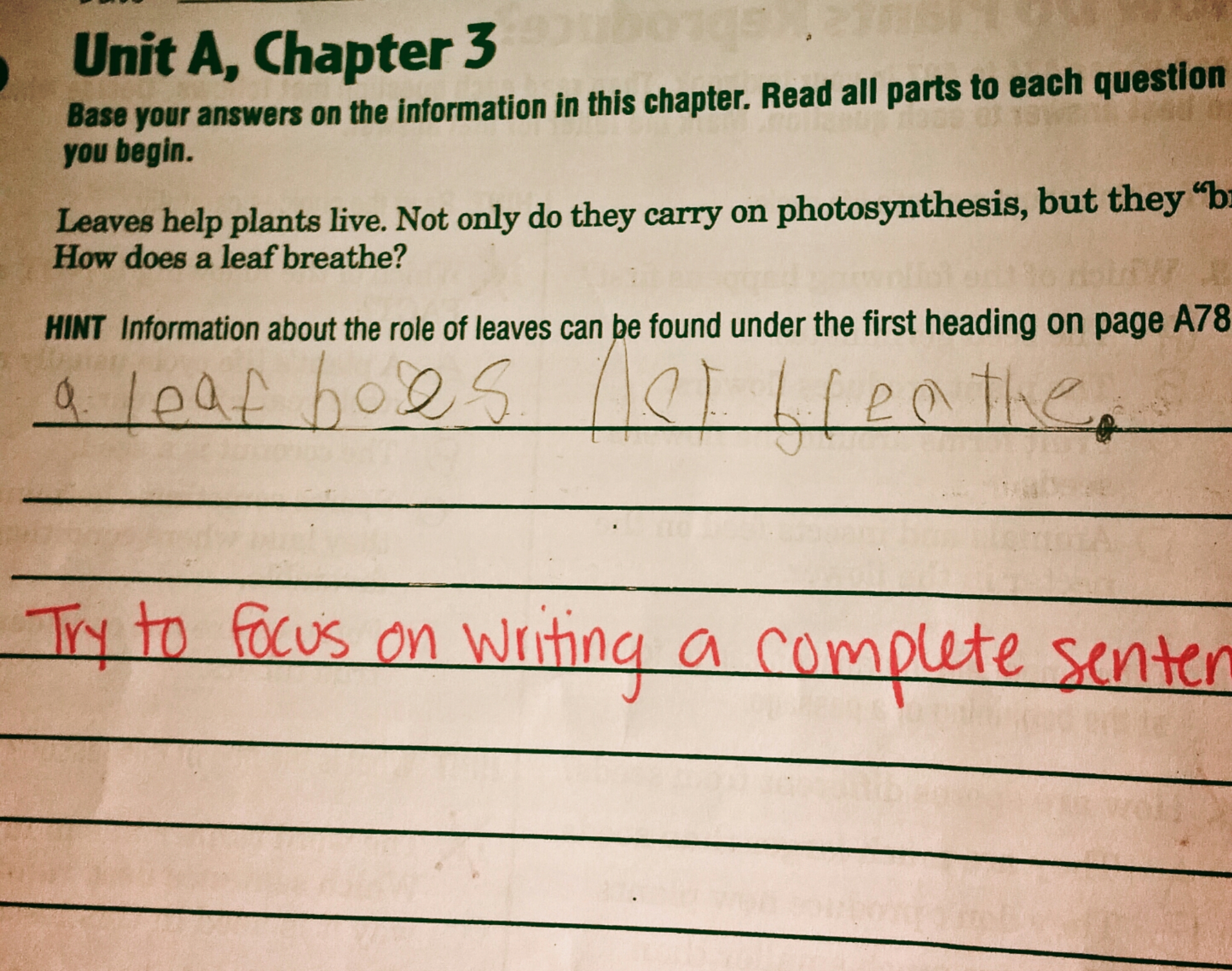 And I knew. I knew something was wrong. We spend hours per week doing homework. Hours. I can watch his brain trying to figure things out on his homework. For years, we have battled handwriting. Backwards letters, horrible handwriting. The answer when we’ve questioned it has been , “Boys usually have bad handwriting” and “he’ll outgrow it.”

But this is 4th grade, and I knew this couldn’t be normal for 4th grade.

In January, I requested a meeting with the school. I suspected dyslexia, and asked the school what testing we could do. Sure I could come, they said, but only during prep hours – they would not meet after school. When I met with his teacher, and the resource teacher, his teacher denied anything. “I don’t see it,” she says. The school told me they would do no testing and make no accommodations for him. If we wanted answers, we’d have to pay for them outside of the school district. And so we did.

We asked for the first available testing date, which was in late April. With just a month left of school at that point, I sent an email with the photos above to another resource. She called me back immediately and said, we’ll get him in as soon as possible. It would cost about $200 more, but it would give us more time to make a plan for him. The next morning, she called and said we could get him in within two weeks, which was a huge answer to prayer.

Two weeks later we sat through a full day of testing, and came away with a math disability (dyscalculia), dysgraphia, and two forms of ADHD.

A month later, even after paying for outside testing, we still have no plan from the school, other than assigning him a new teacher. “Central office has discussed several things to accommodate to his needs. There are still certain procedures to go through.”

I spent all of spring break calling the local school district offices to see which one would be best for us to move to. One that not only doesn’t wait four months to take action, but also recognizes a problem to begin with. I spent it talking to special education divisions, state legislators (who all argued with me that the school that demanded we go outside of the school to pay for testing is required to test for these issues.) I spent it googling. And praying. And having no idea what to do next.

So that’s where we are. Yesterday I got an email from the teacher. “Dear Mrs. Sipps, I just wanted to let you know that your child has had three days to write his vocabulary. He’s had 30 minutes today and he only has one written.”

I asked her if she’d read his report from the state and copied and pasted the part where it said,

” Characteristics of dysgraphia were noted during the written expression subtest. Dysgraphia is defined as difficulty in automatically remembering and mastering the sequence of muscle motor movements needed in writing letters or numbers. It is neurologically based and exists in varying degrees, ranging from mild to moderate. Throughout the evaluation the examiner noted specific writing behaviors.

• Inconsistent position on page with respect to lines and margins

• Slow or labored copying or writing

• Inattentiveness about details in writing

• Letters are not vertically aligned on the line

So maybe he doesn’t write as quickly as they’d like. Can he record it? Can he type it on his laptop? How can we help him be successful?

I read her reply when she said,

“Dear Mrs. Sipps, None of this (what I’d copied above) has anything to do with him keeping up with his work though. He said he had to start over because he had lost the work he did Monday and Tuesday. I am willing to accommodate however. I can make a copy of them for him, but he will have to study them. He will have to keep up with them all week…I know central office has discussed several things to accommodate to his needs. There are still certain procedures to go through.”

But she hadn’t told me about those things in her email. There was no mention that he’d started over, or misplaced his work to begin with. She’d only said, “your kid has had three days to do vocabulary and has one word done.” That’s it.

Frustrated and overwhelmed, I loaded the kiddos up a few hours later and we headed to church. Not 5 minutes into our handbook time, I was summoned. Summoned to go handle my kid, who’d gotten too rowdy while playing and pushed another little boy into a door handle. Not because he was trying to be mean. Because he was playing. During game time. I was greeted upon arrival by another mom, who shook her proverbial finger at me and sneered, “I saw him do it!”

Saw him do what, exactly? Did you see him try to be mean? Or did you see a child with ADHD Combined Type (Inattentive and Hyperactive-impulsive) and a potential social communication disorder who doesn’t know what is inappropriate and doesn’t know the line between his own personal space and someone else’s? What do you think you saw, and why are you judging BOTH of us, fellow Christian mom?

Last night I fought back tears as I met the dad of this little boy and tried to explain in words that would not come. I cried big ugly tears on the shoulder of Mrs. Nell outside the church gym. I told her that I wanted to fix him. Because I do want to fix him. I want him to make friends easily and have fun at school and get invited to birthday parties that we haven’t been invited to in the last five years. I just want him to have a friend. I want him to not count ceiling tiles and light fixtures during church, and I want him to be able to tie his shoes.

He thought sure he was getting a spanking when I pulled him into another room. But he didn’t get one. I took his face in my hands and told him I loved him. Felt the weight of his burdens resting on my shoulder as he tried to catch his breath between tears. As he told me he was, “just trying to be friendly.”

So I haven’t written in my planner yet. 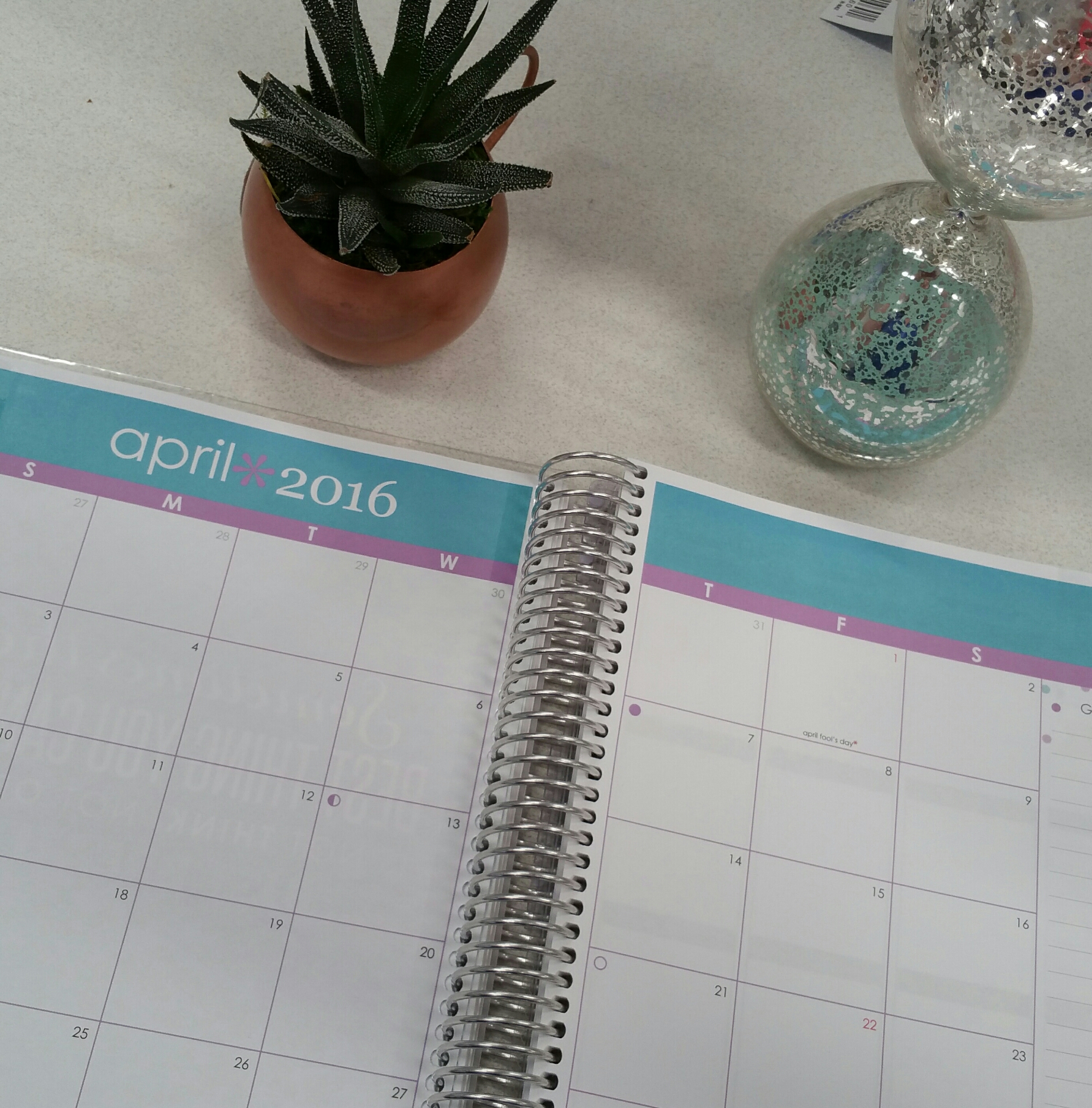 But plan for tomorrow?

I’m shouting victory if I make it through today.

I have a feeling the rest of the year will be unscripted. Which leaves just one appropriate thing to write in my planner: 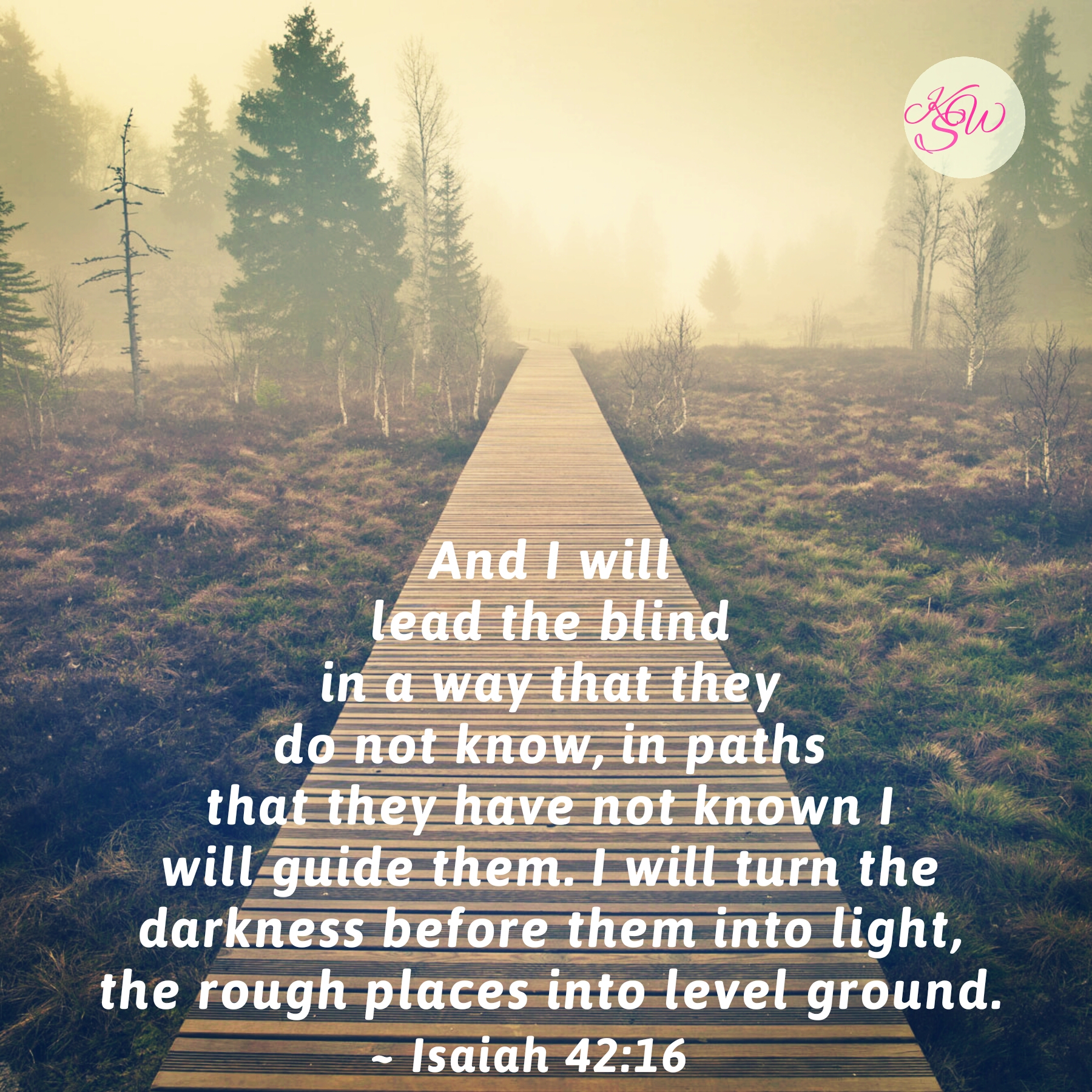