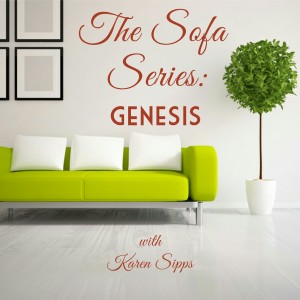 When we left Abram and Lot in our last post, the two of them had amicably split ways, with Abram taking one area (Canaan) and Lot taking another (think: suburb of Sodom). Where Abram settled, he built an altar to the Lord, but Lot pitched his tent near Sodom, where “the people were wicked and were sinning greatly against the Lord.” (Gen 13:13)

Chapter 14 starts off with a territorial war. Nine kingdoms in total – eight of them “subject to Kedorlaomer,” King of Elam. In a sense, the eight of them were paying Kedorlaomer for safety, like a movie-esque New Work mafia ring was paid for safety and protection. 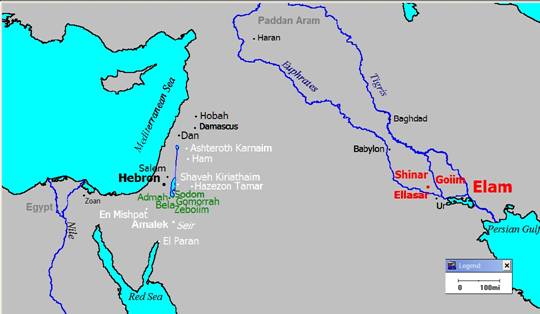 Map of the nine kingdoms (courtesy of Calvary Fullerton)

For twelve years they lived under Kedorlaomer’s thumb, until finally, five kings of the East (in green) decided they’d had enough. Genesis 14:5-7 tells us,

In the fourteenth year, Kedorlaomer and the kings allied with him went out and defeated the Rephaites in Ashteroth Karnaim, the Zuzites in Ham, the Emites in Shaveh Kiriathaim and the Horites in the hill country of Seir, as far as El Parannear the desert. Then they turned back and went to En Mishpat (that is, Kadesh),and they conquered the whole territory of the Amalekites, as well as the Amoriteswho were living in Hazezon Tamar. 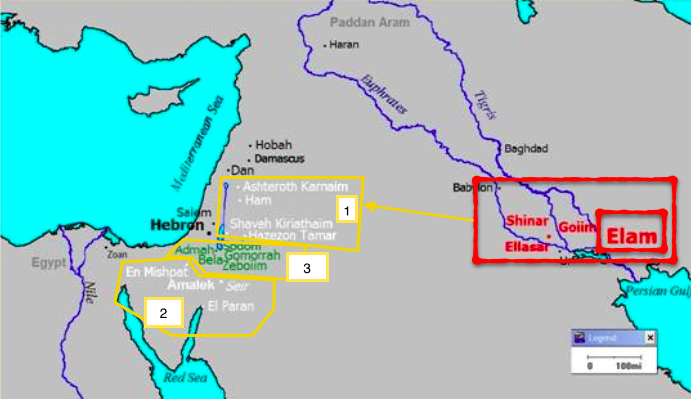 Plan of attack from Elam and their allies (elaboration mine)

Kedorlaomer of Elam and his allies conquered the kingdoms north (area 1) and south (area 2) before rounding back to conquer Sodom, Gomorrah, and their allies (area 3). Now, when wars occur in the Old Testament, they don’t just blow things up and leave, the way we picture wars in the past century or so. They conquer and kill the men, plunder the silver, gold, and valuables, and enslave the children, women, and remaining men, taking them as their own possessions. Verse 11-12 tells us,

The four kings seized all the goods of Sodom and Gomorrah and all their food; then they went away. They also carried off Abram’s nephew Lot and his possessions, since he was living in Sodom.

Luckily, someone escaped and reported this to Abram, who was quite wealthy and powerful and had amassed a small army of his own. Abram and his men chased the kings of the East all the way to Hobah, (north af area 1) rescued Lot, his family, their possessions, and all of the other women and people.

How can the army of one man chase down the armies of four kingdoms? And not just chase them down, verse 17 says he defeated them. There is only one way – God.

Don’t think Abram didn’t know it. He did. He knew exactly where his blessings came from. In fact, when Bera, king of Sodom tried to offer Abram a “gift,” Abram wouldn’t take it. Of course Sodom would want Abram on their side and offering a bribe to remain aligned would seal the deal, but Abram could see right through the “strings attached” gift that Sodom tried to offer. Abram stood his ground and accepted nothing but the food they’d eaten as payment for his part in saving Sodom. Verses 22-23 tell us,

But Abram said to the king of Sodom, “With raised hand I have sworn an oath to the Lord, God Most High, Creator of heaven and earth, that I will accept nothing belonging to you, not even a thread or the strap of a sandal, so that you will never be able to say, ‘I made Abram rich.’

Point to Ponder: In the beginning of the week, we see that Lot was living on the outside of Sodom. By the next chapter, he was in Sodom. Remember how Chapter 13 told us “the people were wicked and were sinning greatly against the Lord?” It begs the question: Lot, why were you living in and amongst wicked people who sin all the time? It makes me wonder if Lot had simply stayed where he was and minded his own business, would this whole scene even happen? And how often do we get ourselves into messes by running with the wrong crowd, or continuing to sin that one sin that we just can’t give up?