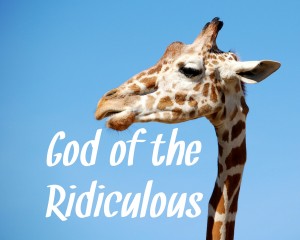 It occurred to me that I haven’t updated you in awhile. It’s been at least a year. Actually, closer to a year and a half. The last time I updated you, we’d just moved into a new condo. It was new, and clean, and the kitchen was phenomenal. The stove worked. We didn’t see a single ant. We made some new friends.

Living in a condo in a college community meant our neighbors were usually college kids. One Sunday morning in September, I counted 32 cars parked in the cul de sac (they tend to triple park) – see how many you can count. 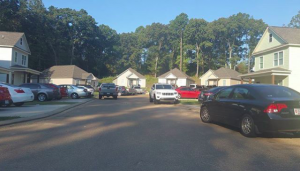 It served us well as the seasons changed from summer to fall, and even through winter. They were quiet partiers in the cul-de-sac, but as the year went by we saw more and more loud parties in the rest of the neighborhood, more broken bottles in the road, and more beer cans on the ground near the community fire pit.

But it also provided what we needed at the time – friends for the kiddos, and in a good school district. 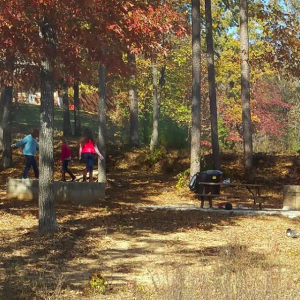 As the school year ended, we knew that even if we didn’t switch schools, we needed to at least get the kids out of the broken beer bottle driveway, beer can backyard into a place where they could play without worry. I mean goodness, it was a small fortune to rent each month – surely we could rent elsewhere without the loud frat parties at 2 am or alcoholic influences – so we searched for and found a cute rental house in the same school district. (Yes, I did give up that awesome kitchen. I hope the kids recognize my sacrifice.) We moved in to  the new place and called it home. I’m not going to tell you how tiny the kitchen is, but I will tell you how big life is inside. 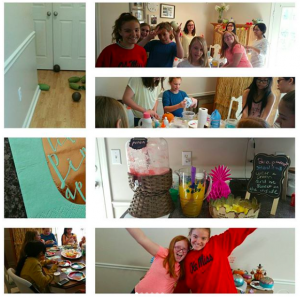 We’ve been here – in this “new state” – for almost four years, and we’ve had four different addresses. I’ve kept most of the “we’re still searching for home” drama from you for a few reasons.

We started back on the house hunt, dragging our poor realtor, Vicki with us kicking and screaming for an entire year.

Finally, this weekend, we found a house we like. Now here’s the kicker.

It’s out of our preferred price range. More than we want to spend. And I’ve been there before with Big Blue nearly four years ago and others since then, where I could envision us there. But this one felt different. We visited it one weekend and I asked to see it again the next. No, I didn’t prayer walk through the grass like I did with Big Blue. But by the end of our seemingly 9 billionth house and the second time I’d walked through that house, I really wanted to make an offer, but again I couldn’t go beyond what we as a family decided to spend. And it would be ridiculous to offer less than asking because it was already priced well.

I heard in my spirit as the realtor was getting in her car, “Just Ask.”

I almost let her get in her car and drive away, but I asked. Because I felt lead to.

“Do you think they’d take less than asking?”

Skeptically, she offers to pull up market comps for the neighborhood and send them to me.

We part ways and head to lunch, but again, I feel in my heart to just ask. So I did. Ask for what we need. The Lord your Father in Heaven will provide what you need, but not if you don’t ask.

But what we were asking for was ridiculous. Not disrespectful. But ridiculous because it wasn’t full asking price. In a seller’s market.

But I have to believe our God is a God of the Ridiculous.

He did things in the past – and continues to do them today – that normal people would call ridiculous. (I mean hello? Have you seen a giraffe? A zebra? A narwhal? EARTH? God makes the ridiculous normal every day and we don’t even notice!)

It was ridiculous to expect God to heal the woman with the issue of blood, but she believed He could and He did. (Luke 8:43-48)

It was ridiculous for Noah to be building an Ark in desert conditions, but He believed God asked Him to, so He did and his faith saved not only his family but humanity. (Genesis 6:14-22)

It was ridiculous for Sarah to continue wishing for a child well into her grandma years but she did, and He heard and answered her prayer. (Genesis 18:10-14 & 21:1-3)

It was ridiculous to think that God could cause enemies to fall simply by marching around their city wall (Joshua 6:2-17), or for Nehemiah to rebuild an entire city wall in twenty five days, but it happened. (Nehemiah 6:15)

It was ridiculous to think that God could feed 5,000 men and their families with five loaves and two fishes, but He did it. (Matthew 14:13-21)

It is ridiculous to think that Jesus came down from heaven to be born as a human from a virgin mother to take our sins as his own, who died as he was physically attacked, beaten, and crucified, but then rose from his grave 3 days later, breaking the barrier between us and God forever. But He did. (Matthew 1:18-23, Matthew 27-28, John 3:16 and John 10:10)

Our God is a God of the ridiculous. Ridiculous to others? Yes. It is ridiculous to those who don’t believe He can. But nothing is too great for him, and I know in my heart I heard to ask. So as we wait to find the house that is right for us – even if it’s not that one – I am reminded that God makes ridiculous things happen all the time, with the snap of His fingers or the blink of an eye. I trust Him to know what He wants for me, and to make it happen if it’s His will.

What do you need to be reminded of today that is so ridiculous only God can make it happen? I’d love to pray about it with you!